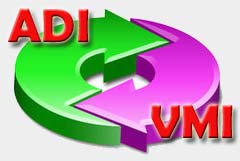 We have made a big deal of the "Detailed Match-Ups" provided to our members.  The following is an example of what the members are able to see each day of the season for all MLB games.  As we have explained in numerous places on our web-site, we realize that this does not constitute the whole of baseball, nor does it indicate who will win the matchup.  However, there are some tendencies that all teams display in their production which should not be overlooked when attempting to wager or to pick the best pitcher for your fantasy league.  Even the pro's should take a look at the conditions they will play within today.

Keep in mind that the ADI is the actual air density on the "Neeley Scale," which identifies the base amount of movement today's pitchers will have available to them on each of their various pitches.  The VMI, on the other hand, identifies how long it has been since the team of hitters played in this amount of "ADI-based" movement.

At the bottom of the page, we have provided you with a description of pitchers who make different pitches their primary or secondary pitch.

You may need to refer to articles on http://dailybaseballdata.com written by Clifton Neeley to see more tendencies these pitcher categories identify.  A standard membership qualifies you for the daily access to this detail.

The pitcher type displays a quantifier, as well.  Following the pitcher type is a calculated magnitude of each pitcher's mix of pitches.  It is intended to provide you a weighting within each designation.  The primary pitches which make up the "Type" are weighted more heavily and the secondary pitches he uses within his mix receive a lesser weighting.  Therefore it is a reflection of his reliance on the major pitches.  The higher the "rating", the more closely his pitch mix is conformed to his designation and the more he depends on the best of its pitch-types.  If he has a low rating it means his mix includes pitches that may be closely identified with a different pitch-type.  In other words a "low" rating after a tight pitcher may indicate he is close to being a "loose" pitcher.  As you watch the rating, you may begin to see a pattern for effectiveness against a particular VMI range, or within a particular ADI range.

Pitcher Types in a Nutshell