Air density is never stable.  It changes with the temperature and primarily with the barometric pressure which fluxuates throughout the day.  Although many professional baseball players and pundits have become keenly aware that the thin air of Denver, Colorado provides less movement for the pitchers at Coors' Field, most of those same individuals would be hard-pressed to identify movement differentials* between such venues as Atlanta, Kansas City, Chicago, Houston, Miami, Boston, Pittsburgh, etc.  BaseballVMI has provided a unique index from the actual air density found daily in all the venues across Major League Baseball.   The "Neeley Scale" is a gauge of the air resistance available to the pitcher and provides the basis for the "Visual Memory Index."

*Movement is defined differently by BaseballVMI than by Major League Baseball.  At VMI we are referring to the final "Break" or Tail-Off on the pitch. See Visual Memory under Hitter Science on this website for the definitions.

The "Air Density Index" (ADI) is displayed on a 100 scale and a comparative index is used to determine the individual players' familiarity with how much movement he will face in today's or tomorrow's game.  The Four-Seam fastball is the key pitch which is used as a basis for the movement differentials and all the variations that pitchers throw will be affected in a similar percentage of movement.

A quote from "Baseball Unraveled" by Clifton Neeley - now on Amazon.com:

"Prior to the establishment of the Colorado franchise, the lightest air in MLB was in Atlanta - hot, humid and elevated to 1,000 ft.  (The fastball in these conditions lifts, or hops, approximately 1 inch less than at sea level and about the same as in most mid-western venues during the summer weather patterns.)    So baseball was just baseball.  No “Money Ball”; no extensive computer statistical analysis.  No science.  No mention of performance enhancing drugs (PED’s).  And, no one knew that the fastball was straighter by 1” less lift on the 4-seamer, yet Atlanta became known as the “Launching Pad” of baseball.  Why? Because hitters could put the barrel of the bat on the center of the ball (more squarely and more frequently) due to the straighter fastball".

Below is a chart which segments various venues into the ball movement categories that their natural environment normally provides the pitcher:

Hitting a fastball is considered among the most difficult tasks in all of sports. 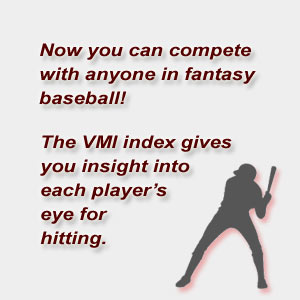 To make it even more difficult, teams across the country are located at various geographical elevations, which allow more or less air resistance against the pitch.  Compounding the difficulty, from one day to the next, temperature and humidity levels present the pitcher with varied amounts of air resistance from which to gain or lose ball movement.

It has been stated accurately that the difference between a solid hit and a lazy flyball is a matter of millimeters.  A round bat connects with a round ball, and the very center of each is as small as one wants to define it.

In the history of baseball, from the little leagues to the big leagues and every league between, more than 90% of the champions have been from an altitude of less than 500 feet in elevation.

Any team from a city higher than 500 feet in elevation has less than a 10% chance of competing at the top level.

Most of the universities at higher elevations have given up on fielding a baseball team.

Low altitudes and cooler air provide the pitcher with more air resistance. In fact, Alaska semi-pro teams have taken full advantage of it with a historical winning average of over 65%.

In competitive baseball it takes a hitter three games to adjust to additional ball movement in an opponent's differing environment, or even in cooler air than the norm.  It takes only several innings to readjust to one's home environment, but then he must readjust to the opponent's environment on the next road trip.

We have left out the issues of talent, who’s pitching, who’s batting, what speed the pitcher is throwing, left handed, right handed, on base percentage, batting average, ERA, etc. We know that there are many statistics you can get your hands on, which will help you make decisions of this nature. We, on the other hand, want to provide you with something new.   We consider ours an index to be added to the standard analysis of players and future performance.