How'd They Win; Why'd They Lose - Giants vs Cubs 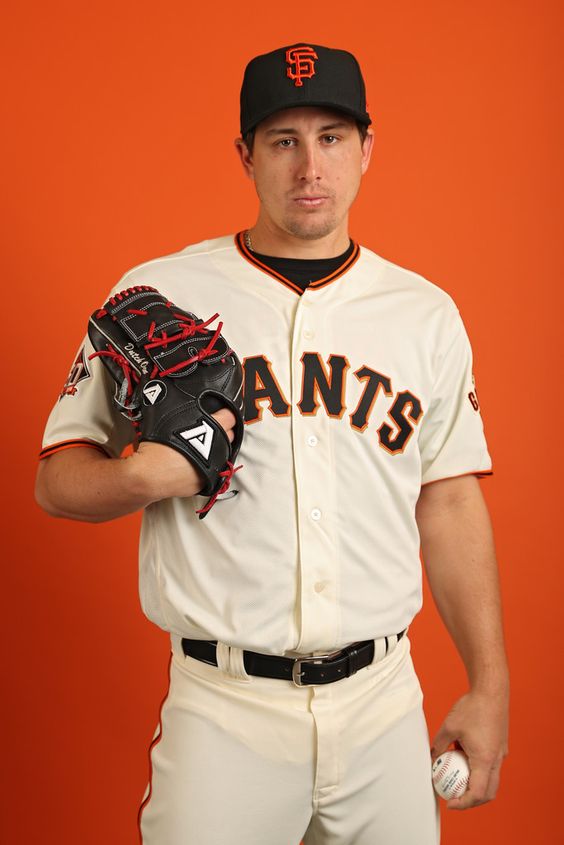 For those VMI members who have been doing the reading and understand the details, this game was an Over/Under match-up made in Heaven.  San Francisco came off the West Coast and into Chicago for a game in warmer conditions than they have become used to.  As members of VMI - you can see ahead of time the match-up between a high plus VMI team (+4.36) against a Reverse Pitcher.  That means that the primary pitch in baseball is lifting by almost an inch less than normal for the Giants, but Hendricks is not a Tight Pitcher.  Hendricks pitches with his head, because his arm is not as dangerous.

With the Giants setting up about 3/4 of an inch high on the lifting pitch, plus Hendricks throws the Sinker as his major pitch, and surprises the hitter with a slow four-seamer that has two additional inches less lift than the normal 95 mph fastball.  To the Giants, this is a change-up that keeps them off balance, because the combination is almost 3 inches less lift than normal.

To make things worse for the Giants, the Sinker that Hendricks typically majors on is trajecting lower yet.  So the Giants must look for the Sinker first and essentially change their approach to hitting.

The Cubs were in a similar predicament.  They too were a high plus at (+5.98 VMI) and Holland is a Reverse Pitcher using the Sinker as his primary pitch.  Holland pitched a great game until his walks in the 7th got him in trouble and the home team took advantage.

So the Cubs walked away with a win, but neither team achieved the average number of hits on the primary pitch of the starter. 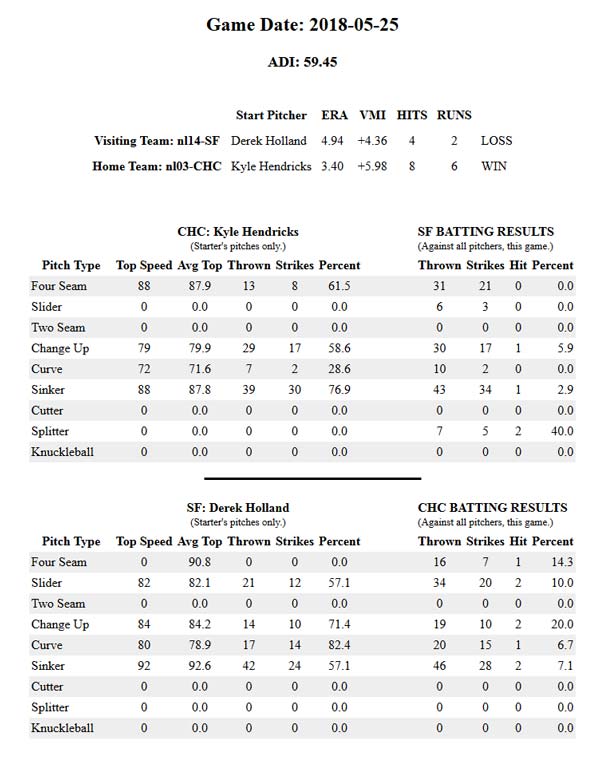